Troriluzole, formerly known as trigriluzole, is a new chemical entity that modulates glutamate, the most abundant excitatory neurotransmitter in the human body. Biohaven Pharmaceuticals has announced its second trial investigating the effects of the drug troriluzole in a number of the spinocerebellar ataxias (SCAs 1, 2, 3, 6, 7, 8 and 10). Since dysfunction of the glutamate system is indicated in spinocerebellar ataxia, it follows that this could work as a potential therapy. Biohaven have planned a phase III, long-term, randomized, double-blind placebo controlled trial of troriluzole in adult subjects with these SCAs, which is estimated to begin at the end of January.

Dr Rob Berman, Chief Medical Officer of Biohaven told us ‘Biohaven is excited to gear up for a second potentially registrational trial of troriluzole in patients with SCA. Study subjects will be randomized to receive either troriluzole (200 mg daily) or placebo for 48 weeks. We are incorporating lessons learned from our first trial to improve the study design and optimize the ability of the study to detect an efficacy signal’.

More information about the trial can be found on clinicaltrials.gov or on the Biohaven website. We previously reported on the first Biohaven trial here.

Roll up roll up, for a special Valentine’s Day Charity Raffle!

Open letter to Reata and the FDA

An accessible break away!

Roll up roll up, for a special Valentine’s Day Charity Raffle! 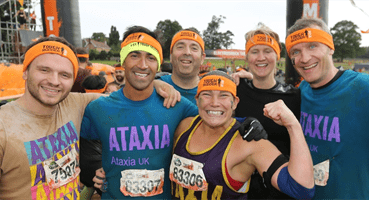 Take part in a challenge or create your fundraiser. Every penny you raise will help those affected by ataxia. 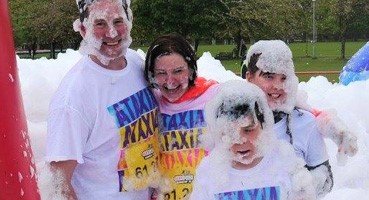 Support the ataxia community and volunteer with Ataxia UK. From social media to telephone befriending, there are loads of ways you can make a difference to someone's life.

Click to find out more
Donate Now
Welcome to our new site! We hope you like it.
As it's brand new, there may be a few temporary glitches such as broken links - we are working on getting these all fixed ASAP. If you'd like to give us any feedback or let us know if something isn't quite right, please email website@ataxia.org.uk
+
Scroll to Top